Star Wars: The Clone Wars is an animated Star Wars TV series that aired for five seasons on Cartoon Network. The show, which was launched in 2008 with an animated feature film of the same name, was created and produced by George Lucas. Dave Filoni served as the supervising director. The series takes place between Star Wars Episode II: Attack of the Clones and Star Wars Episode III: Revenge of the Sith, covering the events that took place in the three years between those films.

The series begins after the events of Attack of the Clones. Anakin Skywalker has become a Jedi Knight and fights against the Separatists during the Clone Wars, alongside his friend and former teacher, Obi-Wan Kenobi. Anakin reluctantly takes on an apprentice, Ahsoka Tano, and they fight together on numerous battlefields. The show features storylines with these characters as well as numerous secondary characters. Major events include power struggles amongst the Mandalorians, Palpatine's machinations to reform the Galactic Republic into the Galactic Empire, and the return of Darth Maul.

The Clone Wars was first released in 2008, after having been announced following Revenge of the Sith, and ran until 2013, when it was cancelled following The Walt Disney Company's acquisition of Lucasfilm. Despite its cancellation, the production team finished all season six episodes that were in production. Thirteen episodes of the sixth and final season, dubbed "The Lost Missions," were released onto Netflix on March 7, 2014.

Future of The Clone Wars

On March 11, 2013, Lucasfilm announced that Star Wars: The Clone Wars had been cancelled as part of an effort to chart a new direction for animated Star Wars programming. The cancellation came a few months after the announcement of Star Wars Episode VII. As a result of the cancellation, the fifth season finale—"The Wrong Jedi"—became the last episode of The Clone Wars to air on television. However, Lucasfilm did announce that, while new episodes would not be produced, episodes for the sixth season that were already in production would be completed. Lucasfilm referred to these story arcs as "bonus content" and said that they would be made available in the future. As part of the announcement, supervising director Dave Filoni revealed a clip from a future episode showing a clone trooper opening fire on a Jedi Knight, thereby hinting at the origins of Order 66—and the impending Jedi massacre.[1]

In addition to the Order 66 preview, Lucasfilm released a clip of Jedi Master Plo Koon discovering a crashed ship with a lightsaber inside, which was later revealed to be part of an episode that would explore the mystery of Jedi Master Syfo-Dias, who placed the order for the clone army before disappearing.[2] Additional arcs will include the return of Rush Clovis, who first appeared in a season two episode as an old flame of Padmé's;[3] Yoda exploring the deepest mysteries of the Force and communing with the spirit of Qui-Gon Jinn;[4] and a story involving Mace Windu and Jar Jar Binks.[5]

On February 13, 2014, Lucasfilm officially announced that the sixth season episodes—dubbed "The Lost Missions"—would be released on Netflix on March 7, 2014. In addition to the sixth season, the previous five seasons were also be released onto Netflix for the first time, along with director's cuts from episodes in the first five seasons.[6] "The Lost Missions" also aired on the German television channel Super RTL beginning on February 15, 2014.[7]

The following are all of the preview clips released for the sixth season:

On January 7, 2014, comic writer Jeremy Barlow revealed that he was writing a comic-based continuation of the show called Darth Maul: Son of Dathomir. This series, confirmed by Filoni, is based on a set of Darth Maul-centric episodes that were written but not produced, prior to the show's cancellation. Maul's story picks up where it left off in the fifth season, after he was captured by Darth Sidious. The arc is expected to reveal how Darth Maul fits into the Sith plan for galactic conquest.[8] It is further speculated that this will conclude Darth Maul's story in The Clone Wars, though Filoni has said that fans will have to read the comic to find out if that is the case.[9]

The cancellation of The Clone Wars soon led to the announcement of Star Wars Rebels, a series set between the events of Star Wars Episode III: Revenge of the Sith and Star Wars Episode IV: A New Hope, which will feature the formation of the Rebel Alliance. Along with the announcement came word that Filoni would be one of the show's executive producers.[10] During Celebration Europe II in July 2013, where he gave fans their first look at the new series, Filoni was asked whether any storylines or characters from The Clone Wars—such as Ahsoka Tano—would continue in Rebels. Although he was non-committal, he did hint that it was possible.[11]

At New York Comic-Con 2013, Lucasfilm's Pablo Hidalgo revealed that while the Imperial Army in Rebels will be made up of recruits, some clones still filled training roles. The Empire came to view the clones as too individualistic, believing it was easier to create uniformity amongst volunteers, so the creation of clones was discontinued. Many clone veterans were still alive, though at twice the normal age due to growth acceleration, with some working as Imperial trainers and others having been discarded by society.[12] This could potentially allow for clone characters from The Clone Wars to appear in Rebels. 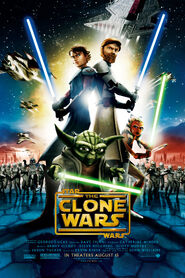 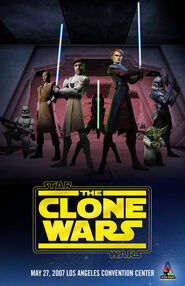 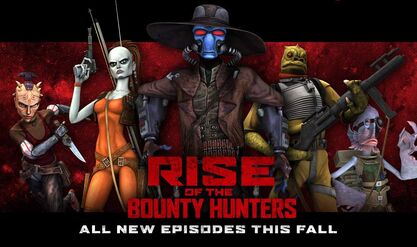 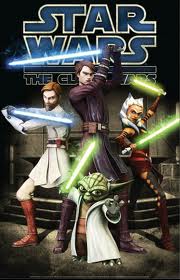