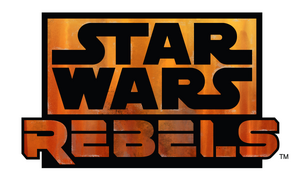 In the latest issue of the Star Wars Insider magazine, Star Wars Rebels executive producer Greg Weisman gave us more hints about what we can expect in the upcoming television series. One of the big things he said was that the show will feature two female lead characters, contributing to the greater diversification of the Star Wars franchise:

We have two strong female leads in the show among our set of characters and we think they are going to be fan favorites very quickly. That’s always been a personal priority for me in all the work I’ve done, to have a strong and diverse cast of characters, both in terms of gender and race.

Talking about Star Wars: The Clone Wars, the predecessor to Rebels, Weisman praised the character of Ahsoka Tano, a strong female lead for the series. Given that the Rebels showrunner, Dave Filoni, was also the supervising director of The Clone Wars, it's no surprise that we'd continue to see a trend towards a more diverse cast of characters.

Thanks to Club Jade for pointing this out.

Now I know what some of you might be thinking: who cares, right? What does it matter if Star Wars has more women, as long as it has great characters? Star Wars, for the most part, is a story about white men. Sure, there are exceptions, but only a few. That doesn't represent reality. More women in Star Wars, and science fiction and fantasy in general, shows young women that they can also have an impact, that it's not just men who can save the day. They can see through characters like Princess Leia, even if she was still a princess, that women can kick ass and take names too. It's why you see so many people—including those of us here at Fanpedia—pushing for the main hero of the sequel trilogy to be a young woman, rather than another young man (after two trilogies of that). Star Wars needs more characters like Hermione Granger (without whom Harry Potter would've been dead in the first book) and Katniss Everdeen.

To sum it up, last week, on Thanksgiving, I asked our Twitter followers what they were most thankful for in Star Wars. One fan's answer was pretty much my favorite tweet of all time:

What do you think about this news? Let us know in the comments below!

Retrieved from "https://starwarsfans.fandom.com/wiki/User_blog:Brandon_Rhea/%22Star_Wars_Rebels%22_Will_Have_Two_Female_Leads?oldid=25759"
Community content is available under CC-BY-SA unless otherwise noted.