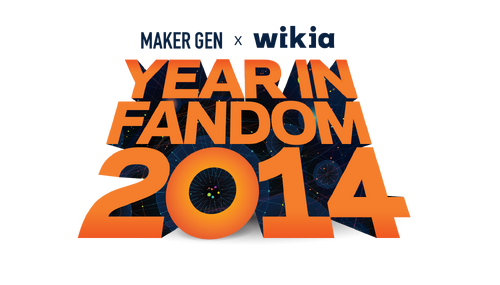 2014 was a huge year for so many different fandoms, and Star Wars was no exception. This year was HUGE for Star Wars, with the release of The Clone Wars: The Lost Missions, the beginning of The Clone Wars Legacy, the creation of a new Star Wars canon, the release of Star Wars Rebels, and, last but not least, the first teaser trailer for Star Wars: The Force Awakens. And the best part is that it's only going to get bigger once The Force Awakens hits theaters, and more and more films, TV episodes, books, comics, and games are released.

To celebrate some of the biggest fandom moments of 2014, Wikia created a project called 2014: The Year in Fandom, chronicling pop culture moments from 2014. Fans from Wikia worked with video creators from Maker Studios to create these videos, and four Star Wars videos were created. Check out videos about some of the biggest Star Wars moments from 2014:

The Legends VS Canon video was created as a collaboration between Cavalier One, an administrator on Wookieepedia; and Comicstorian. All of the Yoda Reacts videos were created by PuppetsNShit, who worked with several Wikia fans: Cavalier One, for The Force Awakens teaser reaction; Bane7670, an administrator on Clone Wars Wiki, for The Clone Wars Legacy; and ProfessorTofty, a user on Wookieepedia, for Star Wars Stand-Alones.

Retrieved from "https://starwarsfans.fandom.com/wiki/User_blog:Brandon_Rhea/2014:_The_Year_in_Star_Wars_Fandom?oldid=66693"
Community content is available under CC-BY-SA unless otherwise noted.