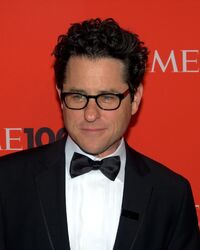 Star Wars Episode VII director J.J. Abrams recently chatted with Entertainment Weekly about his upcoming Star Wars revival. EW rightly knew that they wouldn't be getting any story hints out of the notoriously secretive director, so they instead asked him questions about tone. Although he did say that it is "impossible" to comment on the Star Wars films that exemplify the "spirit" and "tone" of Episode VII, given that it is still evolving, his goal is to "make a movie that feels as emotional and authentic and exciting as possible." Abrams went on to say:

"I remember reading a thing somewhere, someone wrote about just wanting [the new film] to feel real; to feel authentic. I remember I felt that way when I was 11 years old when I saw the first one. As much of a fairy tale as it was, it felt real. And to me, that is exactly right."

Now, what a director says before shooting a film may not always translate to what the film actually becomes, but this is very encouraging to me. One of the many reasons I don’t care for the prequel trilogy is that they don’t feel real. They feel overly-polished and existing in a sterile world that lacks the charm of the original trilogy.

You hear a lot of writers over the last decade or so saying that, with stories like Firefly, Star Trek: Enterprise, and Battlestar Galactica, they want to make their science fiction feel grounded in reality. One of the best examples people use is seeing the bolts on the spaceships, and understanding that it's a piece of machinery. We should all remember that the original trilogy always had that feel; the Millennium Falcon wasn't called a "bucket of bolts" for no reason. If the sequel trilogy can strike that feel and the basic tone of the originals, I will be happy.

What do you think of Abrams' comments? Let us know in the comments below!

Retrieved from "https://starwarsfans.fandom.com/wiki/User_blog:Brandon_Rhea/Abrams:_Episode_VII_Will_Feel_%22Authentic%22_and_%22Real%22?oldid=23486"
Community content is available under CC-BY-SA unless otherwise noted.