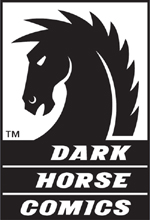 Since 1991, Star Wars comics have been published by Dark Horse Comics, but Disney's purchase of Lucasfilm has made the future of that relationship uncertain; Dark Horse has said that they will be publishing through 2014, but there are rumors that Marvel Comics—also owned by Disney—will be responsible for Star Wars comics after that.

Bleeding Cool reported yesterday what Dark Horse editor Randy Stradley said at the Dark Horse panel at San Diego Comic-Con 2013. When asked by a fan what the Disney acquisition means for the future of Star Wars at Dark Horse, Stradley said:

"So far we have not experienced any changes. We are on pins and needles waiting to find out what the future holds for us, and the license. About as near as we can get is we'll find out sometime this year. Going full-speed ahead, and new projects are being lined up at Comic-Con."

What do you want to see in the future of Star Wars comics? Let us know in the comments below!

Retrieved from "https://starwarsfans.fandom.com/wiki/User_blog:Brandon_Rhea/An_Uncertain_Future_for_Star_Wars_Comics?oldid=21729"
Community content is available under CC-BY-SA unless otherwise noted.