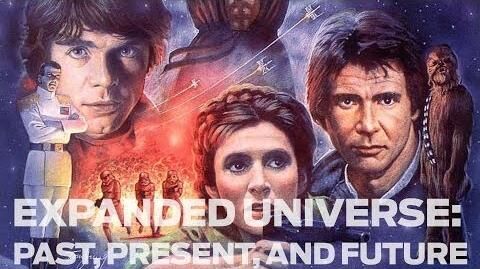 Putting to rest a year and a half of speculation and uncertainty, Lucasfilm has officially announced that the new Star Wars films, beginning with 2015's Star Wars Episode VII, will not follow the story and continuity of the Expanded Universe set after Star Wars Episode VI: Return of the Jedi. This decision was made in order to give "maximum creative freedom to the filmmakers and also preserve an element of surprise and discovery for the audience."

Moving forward, new Expanded Universe stories will be officially recognized as canon. Lucasfilm has a new Story Group specifically tasked with overseeing and coordinating the creation and development of Star Wars stories. As Lucasfilm says, "This future of interconnected storytelling will allow fans to explore this galaxy in deeper ways than ever before."

This will surely be a disappointment for some. The Expanded Universe has been around for decades, and really kicked off with Heir to the Empire, so there are fans who see the Expanded Universe as their official version of Star Wars. Lucasfilm was key to note that while the Expanded Universe always tried to remain consistent with the films and Star Wars: The Clone Wars, George Lucas had always made it clear that he was "not beholden to the EU" and that official canon included the Star Wars films and The Clone Wars. The films and official TV shows "are the immovable objects of Star Wars history," Lucasfilm said, "the characters and events to which all other tales must align."

What do you think of this decision? Share your thoughts in the comments below!