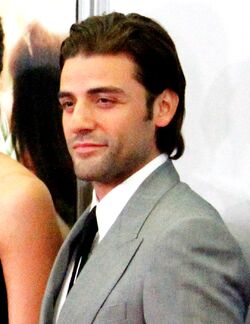 Oscar Isaac, who is playing an unknown role in Star Wars: The Force Awakens, is joining the cast of X-Men: Apocalypse. According to Variety, Isaac will be playing the titular character known as Apocalypse in the film, which will be released on May 27, 2016. The film will once again star James McAvoy as Charles Xavier ("Professor X"), Michael Fassbender as Erik Lehnsherr ("Magneto"), and Jennifer Lawrence as Mystique.

The film will be directed by long-time X-Men director Bryan Singer, and is eing written by Simon Kinberg—who is also a writer and executive producer on Star Wars Rebels, and who is writing a Star Wars spinoff film.

To learn more about the various incarnations of the character Apocalypse, check out Marvel Database.

Retrieved from "https://starwarsfans.fandom.com/wiki/User_blog:Brandon_Rhea/Episode_VII%27s_Oscar_Isaac_to_Star_in_X-Men:_Apocalypse?oldid=66286"
Community content is available under CC-BY-SA unless otherwise noted.