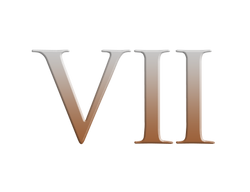 Following up on previous reports about J.J. Abrams' comments about Star Wars Episode VII at the Television Critics Association press tour, USA Today has revealed that the next chapter of the Star Wars Saga will begin filming in May in the United Kingdom. This news was confirmed by Abrams himself.

Although the director says that it's too soon to talk about what the film's story will be, even with the script now completed, we are fast approaching news about who will be in the film. Abrams says casting announcements will come "soon" and that he is "looking forward to that so that we can get past it and we can get on with it." Something tells me Abrams isn't the biggest fan about all the casting rumors going around.

Despite whatever feelings he may have towards the rumors, he did say that working on Episode VII has been "thrilling. But it's a lot" of work.

I for one agree with Abrams—let's get the casting news out there and move on. What do you think? Let us know in the comments below!

Retrieved from "https://starwarsfans.fandom.com/wiki/User_blog:Brandon_Rhea/Episode_VII_Filming_in_May,_Casting_Announcements_Soon?oldid=26657"
Community content is available under CC-BY-SA unless otherwise noted.