J.J. Abrams Talks About The Force Awakens - No, Seriously 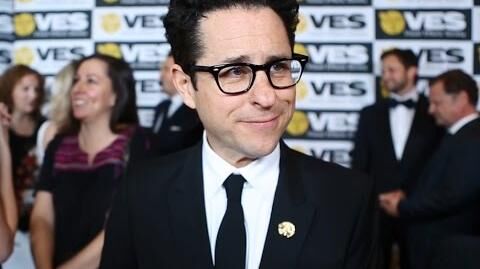 J.J. Abrams is notoriously tight-lipped about his films, and Star Wars: The Force Awakens is no exception. We still know very little about the film, and that's just the way he wants it. Which makes it all the more interesting when he does talk about The Force Awakens, which he recently did at the Visual Effects Society Awards, where he was accepting the Visionary Award.

Of course, J.J. didn't say much—we're still over ten months away from The Force Awakens, after all. Still, he talked a bit about the process used to create the film's special effects—they used practical effects wherever they could and wherever it made sense, but there will still obviously be a ton of CGI in the movie—as well as the mysterious new crossguard lightsaber. Apparently, he's seen even funnier reactions to it than the fans have!

Take a look at the video, found on the top of this page, to see what J.J. had to say.