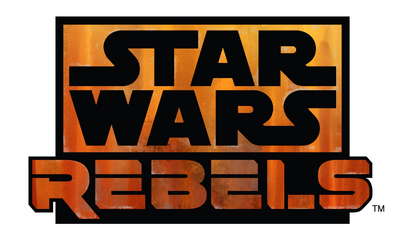 We’re here at New York Comic-Con 2013, where the big Star Wars event was another sneak peak at the upcoming animated TV series, Star Wars Rebels. Hosted by Lucasfilm’s Pablo Hidalgo, the event focused on the baddies of the series—the sinister Galactic Empire. I was able to attend the panel, and wanted to give you a big recap of what was revealed!

Unfortunately, the big members of the creative staff weren’t able to attend. Dave Filoni is in Asia with the Lucasfilm animators making sure that they know what they need to know in animating the show. Greg Weisman is working with a team of writers for the scripts, while Simon Kinberg is writing the premiere and consulting on the rest of the episodes. Two of them, though, sent in a video greeting.

Simon was swamped with commitments to X-Men: Days of Future Past, Star Wars Episode VII, and his own spinoff film, so he wasn’t able to record a greeting.

As we learned a few months ago, and we heard again today, Ralph McQuarrie’s legacy is a huge influence on the new show. This show is a McQuarrie painting come to life. The Rebels team went to see his original concept art to get a “true sense of how Ralph achieved what he did.” One of the big ones was concept art of a grass planet that some artists later used to depict Alderaan—but, as we learned today, it is definitely not Alderaan.

The show takes place 14 years after Star Wars Episode III: Revenge of the Sith, and five years before Star Wars Episode IV: A New Hope. To most planets from the former Republic, the Empire was a welcome change after the instability of the Clone Wars. People wanted stability and security no matter the cost—liberty died with thunderous applause. This is especially true in the inner systems, where the Empire inspired fervent patriotism that contrasts with the disillusion of the Old Republic.

Like most dictatorial governments, the Empire wants to expand. It does this by pushing out into the unruly Outer Rim Territories, where the Republic had a limited presence. The Empire wants order, and the Outer Rim is disorder—making it a good place for the Empire to enter. Someone like the Emperor can sell the idea of joining a larger government. After all, the Clone Wars were caused by independent systems. Do people really want independent planets that could stir up trouble again?

The grassland planet that I mentioned earlier is called Lothal, a planet in the Outer Rim that will serve as a principal location in the show. The Empire plays a big role here. Imperial forces don’t have the resources to invade every planet, so they can't expand through conquest. Instead, the Empire goes in to make sure that the civilization is loyal to the Empire. If there is a disloyal leader, the Empire gets rid of it and installs a puppet. That happened to Lothal.

At first, this doesn’t seem like a bad thing. Lothal is poor and not good at exploiting its own resources, like a sleepy little town that sits at the end of an unused rail spur. In comes the big Empire telling Lothal that it’s going to be a big deal, and the planet becomes excited. It sounds promising, so they welcome the Empire with open arms. The Empire brings in industry like factories and mine, which is great for the capitalist forces of the planet and inspiring a feeling that the planet will now be important to the might of the Empire.

Lothal’s biggest resource, though, is people. There is a whole population now loyal to the Empire, and the Imperials encourage them to enlist to help make the Empire strong. They become stormtroopers and TIE pilots, all in the name of galactic order.

But as we know, the Empire is not a benevolent force. The Empire has quotas in the mines and factories, because they need supplies for their forces. The quotas start off well but become unreasonable, then difficult, and then crushing. The people realize that the Empire does not have Lothal’s best interests in mind. The honeymoon period ends, and the death of liberty no longer comes with thunderous applause.

Stormtroopers will play a big role in the show, and their look doesn’t differ too much from the screen version. Pablo was able to confirm the difference between a clonetrooper and a stormtrooper as well. Based on notes provided by George Lucas, the idea is that the clones stopped being developed and the Empire switched to volunteers. Apparently, clones exhibited too much individuality, and uniformity was easier to breed amongst volunteers. The clones are still around, though, but they age twice as fast as most people. Some are now trainers for the volunteers, rather than soldiers in their own right, while others have been discarded by a society that never valued them. The classic TIE fighter pilots are also back, and they’re also volunteers instead of clones.

A new type of Imperial are the AT-DP pilots, who look like a combination of the AT-AT driver from Star Wars Episode V: The Empire Strikes Back and the AT-SD driver from Star Wars Episode VI: Return of the Jedi. AT-DP stands for All Terrain Defense Pod, which protects civilian and military assets on Lothal. It has big laser cannons on its chin, with stadium seating on the inside—the driver goes up front, with the gunner in the back.

One of the great highlights was a commercial from the 1980s for a Kener Imperial troop transport. They're “dusting off this old chestnut,” as Pablo said, and taking the old design with a few tweaks to make it into a workable ship. Pablo joked that “it’s got the cutest guns in the Empire,” and said that the design was proof that these are old school fans who are working on the show.

TIE fighters are also back in full force. The proportions are a bit different, since this is before the original movie, but it’s still clearly the classic ship from the original trilogy. The team realized, though, that they can’t just have TIE fighters and Star Destroyers as their only ships, so they tweaked a design by Doug Chiang from Star Wars Episode I: The Phantom Menace and created a newer, smaller transport. One of its biggest features is a TIE fighter rack; as we know, TIE fighters are only a short range fighter, so they have to come from somewhere.

Of course, it wouldn’t be the Imperial era without Star Destroyers. They are similar to the ones from the original trilogy, with a bit of a difference. Rather than using the classic engine design, they went with a design from Ralph McQuarrie’s concept art for The Empire Strikes Back.

This is the bulk of Imperial forces, and Pablo said it shows how serious the threat of the Empire is. Rebels is a return to the mentality of A New Hope, where the heroes are very much the underdogs but have hope on their side. It’s a departure from Star Wars: The Clone Wars, where the heroes were the establishment. When Anakin Skywalker crashed his ship, or some other sort of incident, he could get a new one. The new heroes can’t do that. They always have to scrounge for supplies and repair their own ships, but they have conviction. They are the good guys, and the good guys in Star Wars always win in the end.

As Dave Filoni said in a recap, every Star Wars era has its own marquee villain, and Rebels is no different. Meet the Inquisitor: 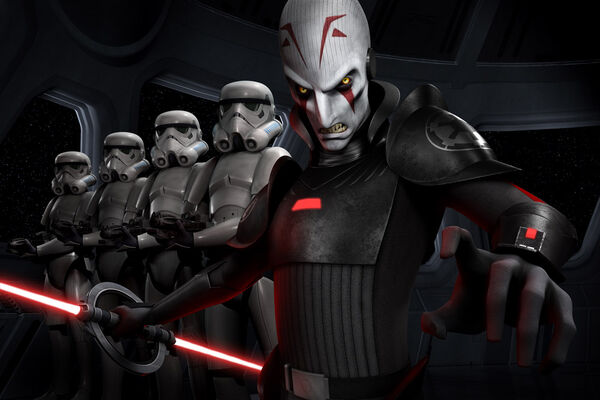 The new face of evil is tasked by Darth Vader to hunt down the remaining Jedi Knights; when Jedi are around, the Inquisitor is sent to destroy them.

At the end of the panel, the fans were able to ask questions. We won’t spend too much time going into them, since not all of them could be answered, but here’s a quick recap:

That’s it for our recap of the Rebels panel. There was a lot more information than I expected, and personally I really liked what I heard. The biggest selling point of Rebels is that it’s a return to the tone and ideas of the original trilogy, where the heroes are the underdogs fighting against the might of an evil empire. I can’t wait for the premiere.

Are you excited for Star Wars Rebels? Let us know in the comments below!

Retrieved from "https://starwarsfans.fandom.com/wiki/User_blog:Brandon_Rhea/NYCC:_%22Star_Wars_Rebels%22_Panel_Recap?oldid=23591"
Community content is available under CC-BY-SA unless otherwise noted.