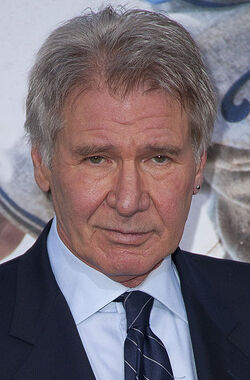 The Hollywood Reporter is quoting a source as saying that Harrison Ford, who suffered an ankle injury on the set of Star Wars Episode VII last week, will potentially miss eight weeks of filming as a result of his injury. Lucasfilm and Disney have confirmed since last week that filming is still taking place on Episode VII, and is still expected to make its December 18, 2015 release date.

We're still awaiting official word from the production about what exactly happened and how it will affect the filming schedule. Odds are, they will re-arrange the shoot to accommodate Ford's recovery. It's also entirely possible that they could film him from the waist up while his ankle injury heals, if it is something he and his doctors feel is appropriate.