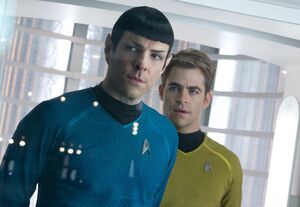 In an interview with BuzzFeed, Kaplan said:

"Well, I've just learned I'll be working on the new Star Wars movie, again with J.J. Everything just got formalized [last week], I haven't even had the chance to talk to anyone about it all other than to be told 'welcome aboard.' It's a little too soon to know exactly what's in store but I'm excited, absolutely, to get to work on another prestigious sci-fi series."

Kaplan's approach to Star Trek might shed some light on how he will approach Episode VII. In his BuzzFeed interview, Kaplan said:

"I based a lot of the costume designs on the original TV series; I wanted the film's costumes to be grounded in iconic pieces from that show. Not any of the sequels, just the original run. And I decided upon key elements to hold on to [design-wise], details that, to me, were 'Star Trekkian' as opposed to representing any other futuristic genre."

Could this suggest that we might be getting a look similar to that of the original trilogy? This isn't the first time such an idea has been floated. Mark Hamill previously said that he wants the look of the new films to "go retro."

Retrieved from "https://starwarsfans.fandom.com/wiki/User_blog:Brandon_Rhea/Star_Trek_costume_designer_heads_to_Star_Wars?oldid=18597"
Community content is available under CC-BY-SA unless otherwise noted.