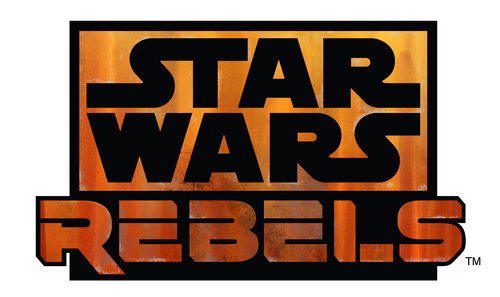 This weekend at WonderCon, Lucasfilm gave Star Wars fans another look at Star Wars Rebels, the new animated series that will premiere in late summer 2014. The series is set five years before Star Wars Episode IV: A New Hope, in a time when the Galactic Empire is consolidating its power over the galaxy and the Jedi are being hunted to extinction. In the midst of the growing galactic tyranny, a small band of heroes—the crew of a ship called Ghost—will fight back and form what will become the Rebel Alliance.

Thanks to IGN, here is a recap of what was discussed at WonderCon.

Unlike Star Wars: The Clone Wars, where the focus often shifted between multiple characters, Rebels will keep its focus on the core group of characters: the young hero Ezra Bridger, the former Jedi Kanan Jarrus, the pilot Hera Syndulla, the muscle Zeb Orrelios, the Mandalorian weapons expert Sabine Wren, and the grumpy droid Chopper. Not to mention the villainous Inquisitor, tasked by Darth Vader to hunt down the remaining Jedi Knights.

According to series executive producer Dave Filoni, "You'll see their characters develop over time. Hera's in every episode. You'll get to see her grow and change, and I think that's incredibly satisfying." Hera was one of the main points of discussion, since her voice actress, Vanessa Marshall, was on hand to discuss the show and talk about how honored she is to be part of the ever-expanding saga.

Here is some concept art that was revealed, showing the various stages of Hera's development and creation:

The tone of Rebels vs. The Clone Wars

Rebels will have a different tone from The Clone Wars. Whereas The Clone Wars was "very somber and dark," Rebels is "much happier, pop-ier stuff that still fit in very much with the established language of Star Wars." This seems to reflect the difference between the prequel trilogy and A New Hope, because Rebels is very much modeled on A New Hope. Whereas the prequel era was a tragedy, with the rise of the Sith and the fall of Anakin Skywalker, A New Hope was much more of an adventure. Rebels will reflect that.

That doesn't mean that Rebels will always be so happy-go-lucky. As Filoni said about the original trilogy, "You have a range in those films. If you're dealing with the Jawas and the Ewoks, even Jabba's palace," then it's more pulpy and fun. But then things become more of a desperate threat once "you get the stormtroopers and you get Vader and you get the creepy old emperor guy."

Like all other Star Wars stories, the music will help set the tone. The composer, Kevin Kiner, explained the difference between Rebels and The Clone Wars by saying that, in The Clone Wars, George Lucas asked that he avoid using classic Star Wars film themes. That's unlike Rebels, which readily embraces the iconic John Williams music.

Another fun fact? Coruscant won't be shown. Rebels will take the classic trilogy approach and mention Coruscant and the political scene without showing it, because the characters are rag-tag rebels who aren't involved in that level of galactic affairs. There will be a lot of Imperial destinations—not to mention more space battles!—but probably not Coruscant.

The crew talked about what influence The Walt Disney Company had on the show, since that is a question that many fans have. According to IGN, Filoni said that Lucasfilm discussed the show with Walt Disney Television Animation. "To get their input on animated style designs was great. It was a big help. It was a benefit to make the animated styles fuse." And ultimately, Filoni said, "Star Wars is in the same hands it's always been." They wanted people to be able to look at Rebels and instantly know "That's Star Wars," and that Disney has been very supportive of what they want to do.

StarWars.com posted a number of pieces of art that were revealed at WonderCon:

How excited are you for the new series? Let us know in the comments below!

Retrieved from "https://starwarsfans.fandom.com/wiki/User_blog:Brandon_Rhea/Star_Wars_Rebels_News_from_WonderCon?oldid=63115"
Community content is available under CC-BY-SA unless otherwise noted.