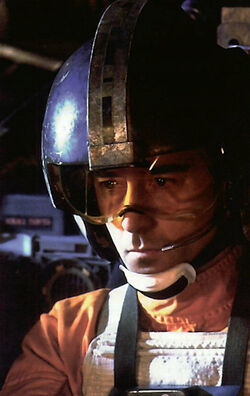 Denis Lawson, who played Wedge Antilles in the original trilogy (and who is the uncle of Ewan McGregor), has confirmed that he will not be reprising his role for Star Wars Episode VII. At a screening for his new film The Machine (and as reported by Badass Digest), Lawson said "They asked me [to reprise the role] but it just would have bored me." The actor has previously said he'd only return if Wedge had a larger role.

Although a minor character in the original trilogy, Star Wars fans have always had a soft spot for Wedge. Given that the character has appeared in countless Expanded Universe stories, sometimes as a main character, many fans were eager to see him return for Episode VII. Alas, it is not to be.

What do you think about Lawson turning down the role? Good move? Bad move? Share your thoughts in the comments below!

Retrieved from "https://starwarsfans.fandom.com/wiki/User_blog:Brandon_Rhea/Wedge_Antilles_Will_Not_Appear_in_Episode_VII?oldid=64305"
Community content is available under CC-BY-SA unless otherwise noted.