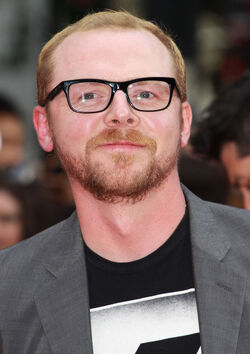 Celebrity Star Wars super-fan Simon Pegg has always been vocal about his affinity for the franchise (and his hatred of the prequel trilogy), so it doesn't come as much of a surprise that the actor might be vying for a role in the upcoming film. "It's not so much hints, as the envelopes of money that has the initials SW on it," J.J. Abrams jokes. "He'll say 'Sorry' and give me another envelope. It's embarrassing."

Kidding aside, Pegg has expressed sincere interest in being a part of the upcoming trilogy. "I would follow JJ anywhere. As a director, I love him and I really respect his choices" but acknowledges that, as a Star Wars fan, enjoying the films to their fullest might "necessitate not being in [them]." The Star Trek Into Darkness actor believes Abrams will prove himself an asset to the new trilogy, going as far to say that his involvement will "bring Star Wars out of the mire."

Despite that, Pegg said that he has not asked to be in the new film. "I respect J.J. enough not to say, 'Please can I be in Star Wars?' because that would be unprofessional," he said. "I don't really respect myself at all to be honest. But it's still so far in the future and so up in the air."

This certainly isn't the first time Pegg has talked about Star Wars. Here's a compilation of all of the references to Star Wars in Spaced, the surrealist British sitcom Pegg wrote and starred in last decade, complete with a handful of homages to the original trilogy (and a searing rant about Jar Jar Binks.) 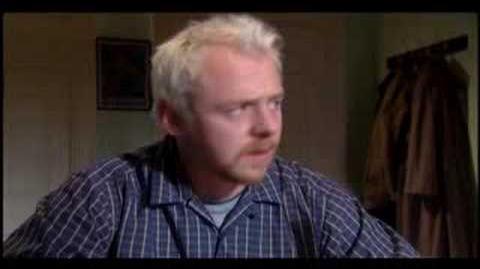